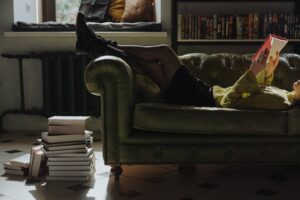 I don’t read many books on lean.  Most of them are pretty boring, truth be told.

That said, I’ve had one on my “To Read” pile that was recommended by a client.  It’s been there for several months, so I decided to take a look…mostly just to get it off the pile.

As it turns out, the book (This Is Lean; Niklas Modig and Par Ahlstrom, 2018) has turned out to be  interesting.  The fact that it quickly tells readers to forget about efficiency and to focus on flow caught my attention.  I’ve been preaching this same message for years.

My example gets at what I like about the concept…it’s easy to talk about in contexts other than manufacturing.  It gets easier to describe how lean thinking applies to services in general.  We can talk about the value transfer density in just about any non-manufacturing process and it makes sense, from catching a plane, to getting one’s car prepared, to responding to a request for a proposal.

The authors get into another aspect that I like about the idea…it replaces a focus on “efficiency”.  If the doctor is “efficient” once she sees me, that doesn’t necessarily do much for value transfer density.  (In this example, it might even hinder it if I feel the doc is placing more emphasis on “efficiency” than she is on treating me respectfully.)

It also decreases attention to “speed” as a euphemism for “efficiency”…the doctor above can shorten my visit (make it faster) but that doesn’t improve value transfer density.

There were a couple of other things I liked about the book, which I’ll get into in future posts.  So, stay tuned!